A Great Day with GREAT Friends

Today was a great day because I got to sew with my quilting group. Lynn made a yummy lunch of homemade Fiesta soup and Eve brought an apple pie down from Kohnen's bakery in Tehachapi,so we were all set in the food department. We had a great day sewing and catching up on what's been going on with everyone. Next time I have to remember to bring my camera so I can snap some pictures of show and tell. Lynn and Nancy M. had each made a table runner from an Eleanor Burns pattern that features a maple leaf. Eve was working on some holiday tea towels from one of Nancy Halvorsen's books. I managed to finish two blocks for my new BOM, Ode to The Blue and Grey, which if all goes as planned, will be ready to go in January 2011. 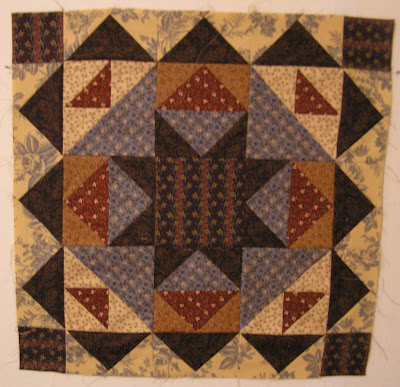 I'm not really sure I like this second block. The large paisley half-square triangles in the four corners seem to get lost. I may go back and re-work this block, but I'll wait until I get a few more blocks done. That way I can see how the blocks work together. 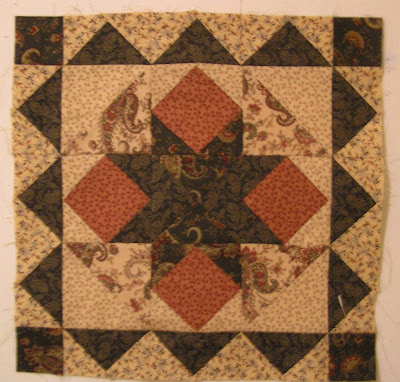 Block of the Month: Ode to the Blue & Grey
New Patterns Introduced at Fall Quilt Market