Then I finished the week at Bolts to Bindings located in Bakersfield, CA.  This time we were working on Windrose, which is a mariner's compass pattern.  I always love it when I get to teach someone how to do something they really want to learn, which in this case was paper piecing.  These gals were all A+ students because they took to it like ducks to water. 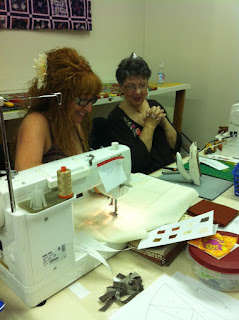 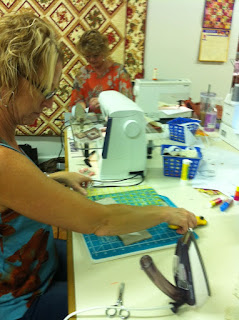 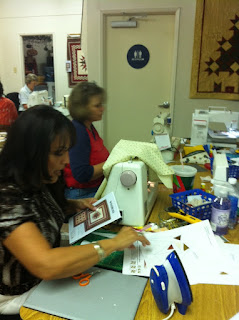 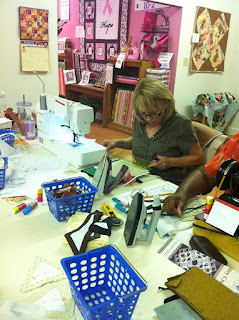 Geri, the shop owner, put together a really good looking kit that many decided to use.  But everyone who used the kit placed their fabrics differently so no two were alike.  I cannot wait to see how they all come out.  I hope to see photos . . . . and post them for you to see, too!