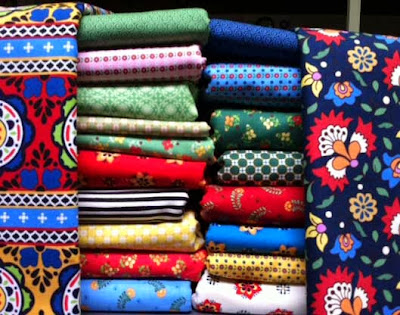 Here are most of the fabrics in my new line, El Camino Real. This collection is a colorful grouping inspired by California's rich history, a blend of Spanish, Mexican, and Native American traditions. Bright color and intricate motifs echo the decorative tile work  and architecture of the region,

Marcus Fabrics is offering a block-of-the-month program that runs January 2014 through December 2014. I've designed the quilt and written the patterns. Today, I put the finishing touches on the patterns, and read through them one more time just to make sure I haven't missed anything. Here is what the pattern set looks like. 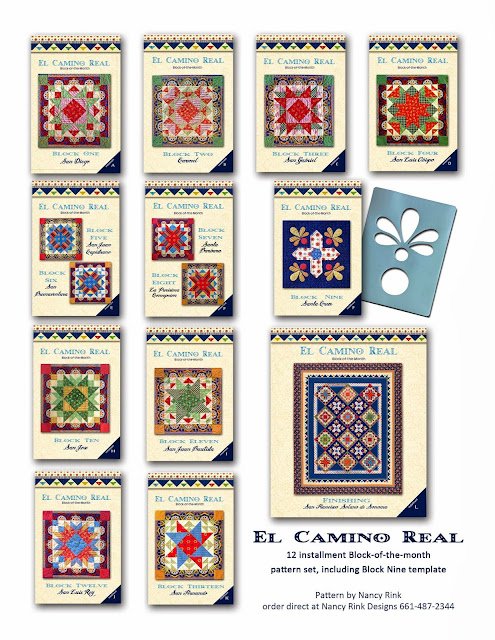 The El Camino Real BOM program is a 12-month program. But, that doesn't necessarily mean there are twelve blocks!  El Camino has twelve pieced blocks set alternately with a block that combines piecing and applique'. Each block is named after one of the California missions along the El Camino Real (Spanish for "The King's Highway"). 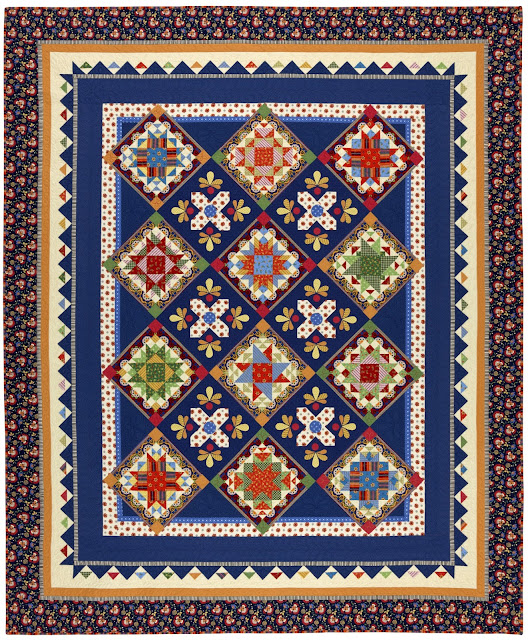 Stay tuned.  Oliver and I are working on a book called El Camino Real: Quilts Inspired by Early California History, due out Spring 2014 with Kansas City Star.  And guess what--the fabric will be making an appearance there too