Getting to Know Hue Inspiration

2017 rolls in and we roll out a new block-of-the-month quilt: Getting to Know Hue 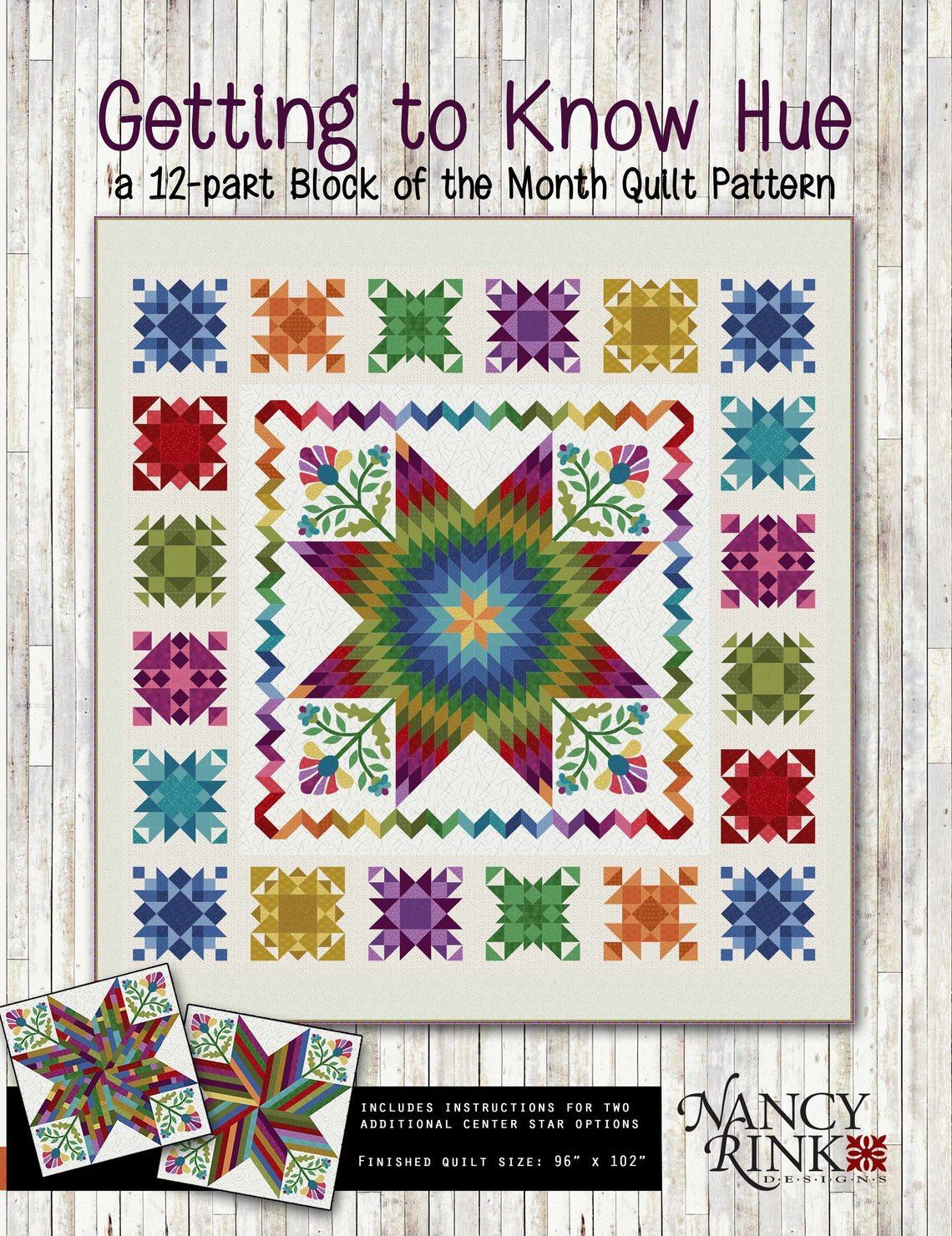 The idea for this BOM started percolating as I was designing my new basics line--also named Getting to Know Hue-- for Marcus Fabrics' Studio 37 division.. My goal was to craft a collection that featured small motifs in a variety of blendable colors. In approaching the color palette, I pulled out my collection of Kaffe Fassett prints, because I am always on the lookout for blenders that work with his prints. Of course, I could have developed a collection with about a gazillion colors. In the end, the group was narrowed down to 28 colors, 9 neutrals, and two 60 in wide multi-prints. Here's a preview of some of the pieces in Getting to Know Hue (GTKH) with Kaffe prints on the the left and GTKH on the right.