What am I working on?   I just received an order of a fabric collection called Anna Bella in two color ways brown/peach and blue-grey/ pink.  Of course I want to use them all together!  Since I am a big fan of scrappy quilts, I picked a block--in this case Rolling Stone--and started sewing.  To unify them, I used the same large scale floral in the middle of each block.

These are just a few of the fabric combinations I used.  Oh, and by the way, I used about five different tone-on-tone light fabrics for the background. So, thirty blocks later, here they are.  Now I am pondering layout.  Plain sashing? Contrasting sashing? No sashing? Pieced sashing? This is the stage in designing and putting together a quilt where I can really make myself crazy.  And this is the dangerous stage because if I tell myself to set the blocks aside and come back to it next week, next week can turn into next year or never.  Trust me I have too many "next week" blocks packed in my closet! 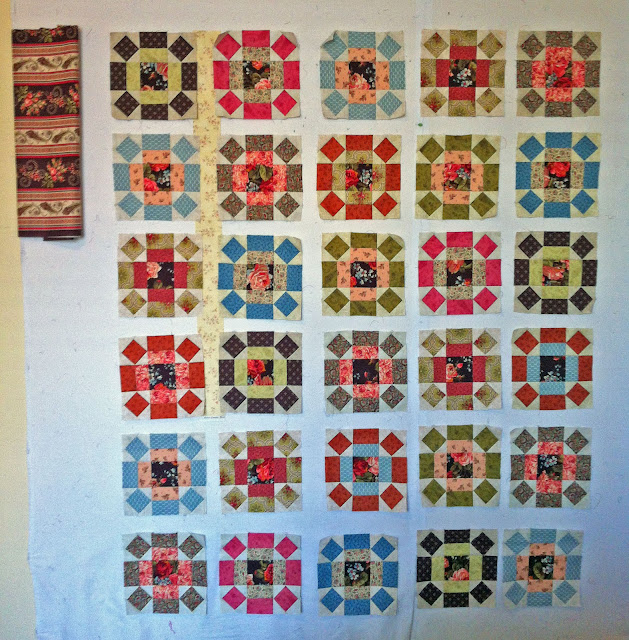 Hmmm..... sometimes simple is best . . .  You can see I am trying a subtle print sashing.  Didn't look that yellow until I got it up on the wall.  Not sure.  I don't think the border stripe likes it. 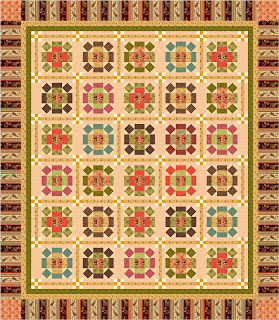 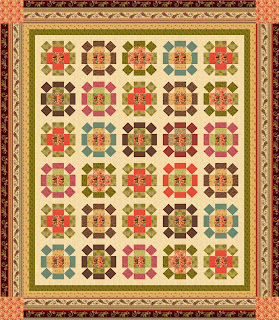 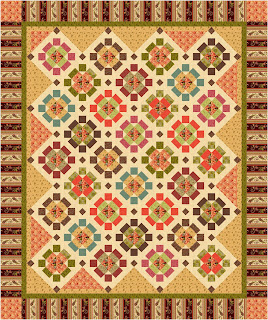 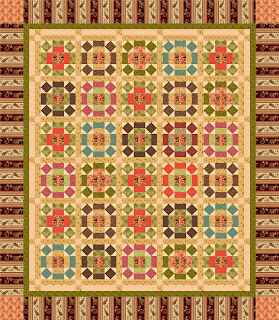 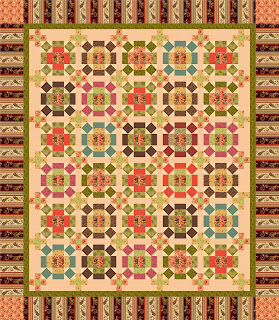