Technique: How to accurately piece the triangle border on the Dresden Friends block 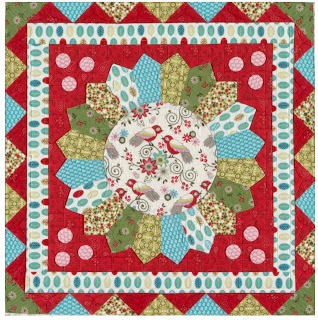 Here is what you need:

Here is what you do: 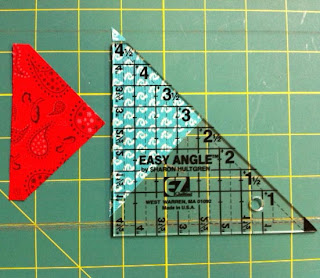 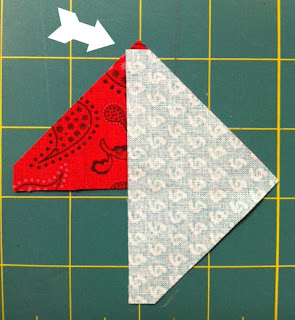 3. Start stitching at the "kiss" point, and continue stitching off the end. The black line indicates the stitching line. Continue adding triangles in the manner until you have enough to make a border. 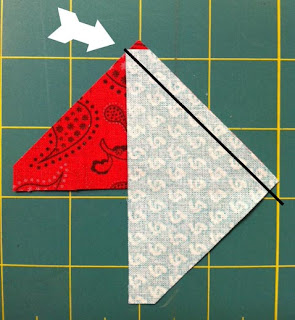