What I Did Today

What a productive day!

**cut, folded, packaged Block #6 Ode to the Blue and Grey

**went for my first swim in the pool this summer

Okay, so maybe not EVERYTHING on the list was productive . . . 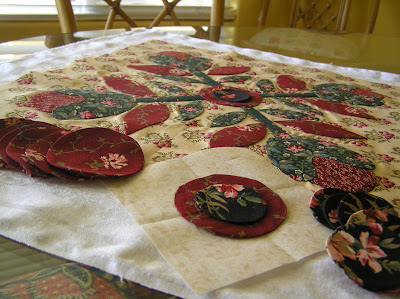 . . .but finishing all the applique prep on this quilt was! YIPPEE!! Just when it seemed like it would never get done. I kept working on it because the alternative was going to the grocery store. Now it's time for some sewing!

Tags:
Cocheco applique
Getting there . .
It all begins with the Fabric