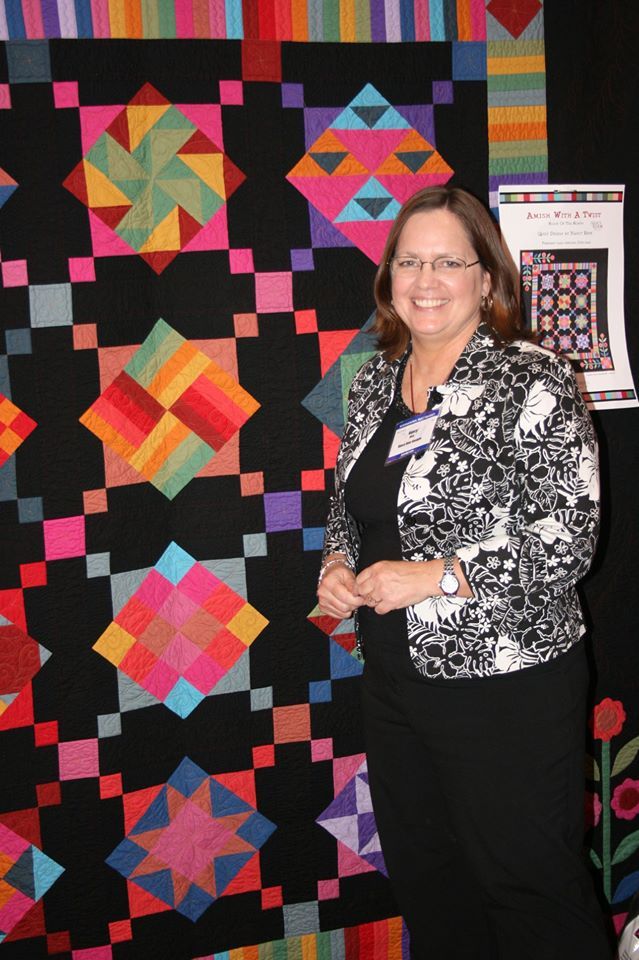 In April 2004 Nancy was the featured artist at the Best of the Valley Quilt Show in Tulare, California. Bobbie Moore, the show's organizer was quoted in the Bakersfield Californian, saying “Rink’s work is especially unusual. She’s an appliqué artist and her stitches are almost invisible, they’re exquisite. She makes beautiful use of color and motion in her work.”

Nancy has won several awards for her quilting. At the 2004 Houston International Quilt Festival, Remembrance of Nanny and Desert Star were both given Honorable Mentions. Also in 2004, Dogtooth Violets earned one of the top awards in the Kaufman Quilt Quest. Most recently, Emerald Spring won a first place in Mixed Techniques at Road to California. She has won awards at other national shows including the Pacific International Quilt Festival, the Pennsylvania National Quilt Extravaganza, the Mid-Atlantic Quilt Festival, and the Indiana Heritage Quilt Show. And Desert Star, the first place winner in the 2002 From the Mills Contest, was on display at the American Textile History Museum.

Although Nancy is now a dedicated quilter, pattern designer, and dye artist, she still remembers her first experience at quilting. “My first quilt was huge, heavy, and appliquéd. The colors are hideous; the quilting stitches are gigantic. The materials I used are all wrong. Basically, I really had no idea what I was doing.” It was such an overwhelming project, that it was several years before she attempted another. At the grocery store one day, she picked up a quilting magazine “just to look” and before she knew it, she was making quilts again.

When she got back into quilting, it was in a serious way. Her husband, Oliver, encouraged her to submit her quilts for publication and to try her hand at entering contests. Her first contest submission won a prize. Then she thought she’d try her hand at the 1997 Hoffman Challenge. To her amazement and delight, Byzantine Compass garnered a first place ribbon in the mixed technique category.

Since then, Nancy’s quilts have been featured in magazines such as Quilter’s Newsletter Magazine, Quiltmaker, and Quilt. Other quilts have appeared in calendars and books and on websites. “Quilting has been an incredible journey,” says Nancy, “and I can’t wait to see where it takes me next!”

Stay current on specials and what’s new with Nancy!